2 LEGENDS FROM COMPTON: YUNG JINX PULLED UP FOR A CAMEO

IN FELLOW COMPTON RAPPER "YG" NEW MUSIC VIDEO "BLOOD WALK" FEATURING LIL WAYNE AND 4HUNNID ARTIST D3SZN. JINX AND YG HAVE A SIMILAR CONNECTION BECAUSE THEY ARE BOTH FROM COMPTON AND BOTH ARE FROM PIRU NEIGHBOORDS. MANY PEOPLE DONT KNOW THAT JINX CAME UP IN THE SAME ERA AS YG OR MAYBE EVEN A LITTLE BIT BEFORE SO THEY BOTH HAVE KNOWN OF EACHOTHER SINCE 2009. THE TWO COMPTON MC'S ALTHOUGH NEVER DID A RECORD TOGETHER, BUT JINX HAS WORKED WITH YG'S MAIN PRODUCER DJ MUSTARD BACK IN 2013.

Compton California’s @YungJ1nx teams up with Fre$h for “Faded”. Shotbyc4 did the visuals for this one, shot in cool blues and hot reds both artists are draped in color while rapping about what goes down when they get faded. Dope beat produced by Dupri. You can check out new content from Yung Jinx at www.yungjinx.com and view his DJ pack available via digitaldjpool.com. (Artist Submitted) 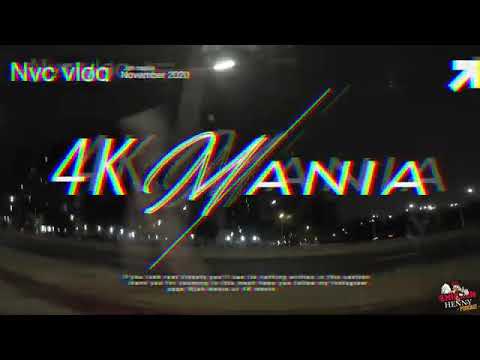 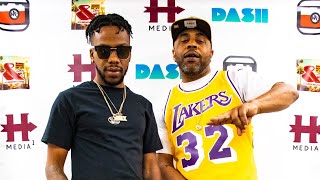 Its been 6 and a half years since JINX continued the mixtape series that gained him respect in the streets of los angeles. So in 2020 he will be releasing his Highly anticipated album "The Weekend 2" which is set to drop in this 1st quarter of the year. He already been campaigning for it by dropping the latest single "Beat it bang" prod. by Flamezbeatz which is already out now on all streaming platforms, also the official video is out now on youtube. Jinx has a lot of expect

Being a CEO of a Indy Label: what's it really like?

In a recent interview with the compton rapper "Yung Jinx" we notcied he wore a chain that said "Ujima Records" on it, and we asked"what doe's Ujima Records" mean? and he replied "It's my label". We then asked so "you are signed to a major label"? then he replied with a strong "No" he said "Im independent". He began to tell us that he's been indy for 15 years and has never been signed to a major label, and that back in 2016 he and his Business partner Michael Smith also know a

Yung Jinx dropped a fire track with Royce Rizzy called "Deadonez" Produced by platinum producer Dnyc3 the full song is out now on all platforms and the music video is also out now via youtube spotify link: https://open.spotify.com/track/1YQi7WTTJ8eRFAneYwvFkA youtube link: https://youtu.be/1_ynoiWJNAM